A Conversation with Emmy-Nominated Celebrity Stylist Cheryl Marks
2020-08-11 00:55:00
2020-08-12 01:00:00
https://network.nyfa.edu//medias/image/thumbnail_9685228715f31c4b667523.jpg
US
You've been invited toTHE 20/20&nbsp;SERIESCreated by Liz HinleinA Conversation withEmmy-Nominated Celebrity StylistCheryl MarksWednesday, August 12, 20203:00 p.m. ET/12:00 p.m. PTPresented byNew York Film AcademyThe 20/20&nbsp;Series is a pop-up event that takes us into the homes, hubs and workspaces of an array of dynamic creative visionaries to allow for relaxed, engaging conversations on craft, creation and artistic vision.Each conversation with a creative visionary features&nbsp;20 minutes of discussion with a moderator and a&nbsp;20 minute Q&amp;A from&nbsp;YOU, the audience.This event is open to the public, as a means of promoting&nbsp;global connection and&nbsp;creativity, a key mission of NYFA.Missed a conversation?Check out our&nbsp;20/20 Series video library&nbsp;here.Cheryl Marks is an Emmy-Nominated TV, Film and performing arts hair stylist. Her credits include Disney+ original film Noelle, Hair Spray Live!, The Ellen Degeneres Show, Top Chef, The Bling Ring, How to Live With Your Parents (For the Rest of Your Life), and The Voice, which earned her 4 Emmy nominations for “Outstanding Hairstyling.”After graduating beauty school, she knew this was the world she belonged in. While working at Vidal Sassoon in London, she started building her portfolio with photoshoots. Her work in TV and Film happened gradually from there, but wasn’t something Cheryl actively pursued until joining the Union a couple of years ago. She believed in the myth that editorial stylists are more talented than hairdressers working on TV and movie sets, but was totally wrong. Marks says, “When you’re working in the TV and Film industry, you have to know everything…period hair, wigs, which products work on screen and more."Cheryl spent 4 seasons on NBC’s The Voice and was the Hair Department Head for TV series Enlisted, Selfie, and Flaked, as well as the highly successful films Pitch Perfect 2 and Pitch Perfect 3. She has additionally worked on TV commercials for brands like&nbsp;Old Navy&nbsp;and&nbsp;Realtor.com, both with Elizabeth Banks. Cheryl is a member of Local 706-Makeup &amp; Hair Stylists GuildLiz Hinlein is an award-winning director and cinematographer. She is the creator of&nbsp;The 20/20 Series and is the Creative Director of Filmmaking &amp; Cinematography at New York Film Academy. Over the course of her career, Hinlein has made a name for herself in a traditionally male-dominated industry as a passionate, talented filmmaker and director of photography whose work has spanned the fields of feature film, advertising, music video and VR/AR/XR.Hinlein’s debut feature film,&nbsp;Other People’s Children, earned several awards on the film festival circuit—including Best of the Fest at the Columbia Gorge International Film Festival and Best Director at the NYLA International Film Festival—and is currently available to stream on Amazon Prime and iTunes. Recently, her&nbsp;VR film for Byton Auto was nominated for Best Branded Entertainment/Commercial at the 2019 CES VR Fest and in 2018, she directed Accenture’s VR film,&nbsp;Behind the Style, winning that same award.Most recently, Hinlein spent time in China writing and directing&nbsp;The Dream Factory and she is currently in pre-production on&nbsp;OSAGE '85, a groundbreaking immersive documentary experience. Her visual expertise comes from a background of directing commercials and music videos for top brands, including Dove, Lifetime, Revlon, Gillette, Maybelline, A&amp;E, and MAC Cosmetics. Additionally, Hinlein has created films for superstar musicians such as Mary J. Blige and Britney Spears, and has been commissioned to photograph Quincy Jones, Incubus, and Fishbone.
https://network.nyfa.edu/event/a-conversation-with-emmy-nominated-celebrity-stylist-cheryl-marks/2020/08/11/363
Tuesday, 11 August 2020
Wednesday, 12 August 2020 01:00
Add to my calendar
Online 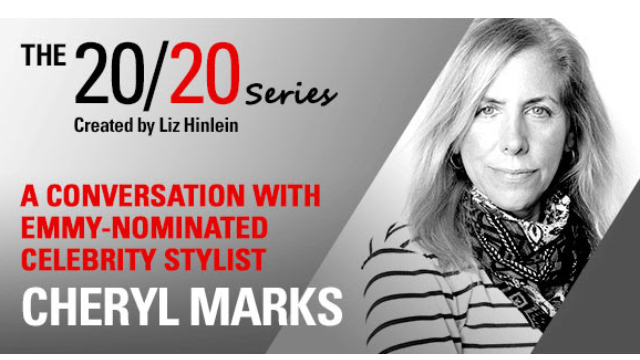