The 20/20 Series: A Conversation with Producer Ron Simons

The 20/20 Series: A Conversation with Producer Ron Simons
2020-07-06 20:55:00
2020-07-08 21:00:00
https://network.nyfa.edu//medias/image/thumbnail_7548766935f0369aa76390.jpg
US
Wednesday, July 8, 20203:00 p.m. ET/12:00 p.m. PTPresented byNew York Film AcademyThe 20/20&nbsp;Series is a pop-up event that takes us into the homes, hubs and workspaces of an array of dynamic creative visionaries to allow for relaxed, engaging conversations on craft, creation and artistic vision.Each conversation with a creative visionary features 20 minutes of discussion with a moderator and a 20 minute Q&amp;A from YOU, the audience.This event is open to the public, as a means of promoting global connection and creativity, a key mission of NYFA.Ron Simons&nbsp;is a five-time Tony Award-nominated and four-time Tony Award-winning producer, four-time Sundance Film Festival selected producer and actor of stage, film and television. He is the Founder and CEO of SimonSays Entertainment. Simons was recently nominated for his 5th Tony Award for the the runaway hit Ain’t Too Proud: The Life and Times of The Temptations, which ran at the Imperial Theater on Broadway before the pandemic shutdown. He was also a featured actor in the films 27 Dresses and Night Catches Us.Mr. Simons is one of the leading African-American Tony Award-winning producers of all time, cementing him as a leading Broadway producer, who continues to bring diverse stories to the stage. Mr. Simons is also a recipient of the Heritage Award from Columbia College’s Black Alumni Council, 150 Distinguished Alumni Award from University of Washington, and is a Johnson &amp; Johnson Leadership Award Fellow, IFP Cannes’ Producers Network Fellow and a Sundance Producers’ Summit Fellow. He holds a BA from Columbia College, an MBA from Columbia Business School and an MFA from the University.
https://network.nyfa.edu/event/the-20-20-series-a-conversation-with-producer-ron-simons/2020/07/06/343
Monday, 06 July 2020
Wednesday, 08 July 2020 21:00
Add to my calendar
Online 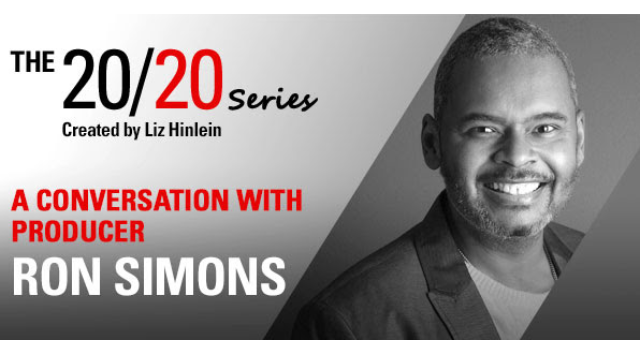